A watching brief was undertaken on the construction of a new vestibule by the old part of the 16th century school. A jetton was found on the top of a new foundation trench.

The Nuremberg jetton is made of a thin bronze flan some 19mm in diameter and weighs less than a gram. It belongs to the ‘Rose/Orb type of jetton and is inscribed with the name of its manufacturer, ‘HANS KRAUWINCKEL’, followed by ‘IN NUR R.GOTES SEGEN MACHT REICHT’. It dates to the c. 1600 (ie late Elizabethan/Jacobean). They were used as counters for calculating money or could be used as a money substitute in games. Its dating is broadly contemporary with the early years of the original Grammar School. 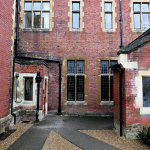 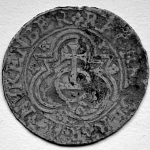 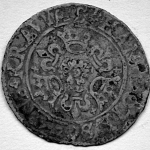 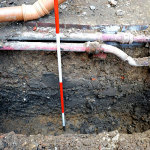 In the early autumn of 2021 an archaeological evaluation was undertaken on the site of the proposed 6th form block on the western side of the Castle campus of Berkhamsted School. The remains of the Victorian gas works was confirmed on the mid-western side of the site. On the eastern side, within the grounds of Wilson House, the remains of three demolished WWII air raid shelters were recovered. Two of these features had cut the foundations of a masonry building whose character and relationship to later deposits suggests a medieval date. The finds from the gas work site accord with the closure and demolition of the plant in the early Edwardian period. There is clear evidence from all trenches, that the ground has been deliberately built up in the early to mid-20th century. 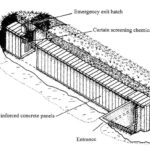 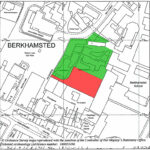 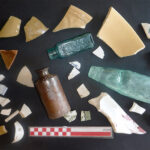 Finds from the Gasworks Site 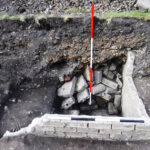 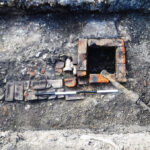 Base for gas lampost in T1 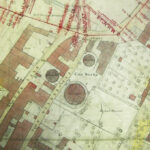